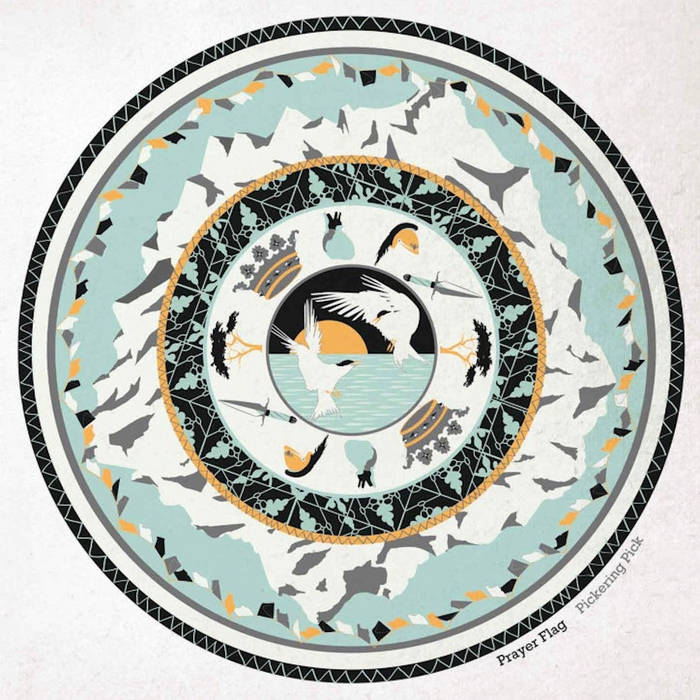 I wrote and recorded Prayer Flag in late 2011 and early 2012 in California. The album was released independently, almost as an aside after the Yer Bird Records recording Tiger Balm from mid-2011. It seemed too soon to put out another full Pickering Pick album on YB, and yet I didn't want the songs to sit around unreleased for too long: I was writing a lot during this time, and I was eager to keep moving onward.

The album has grown on me in the last ten years. Initially, I felt the production was too uneven, and the songs seemed to have no unifying theme. Since then I have found that it hangs together quite well, and the album contains several of my songs that I am most pleased with: Stay By Yours, How to Begin, Time Will Be, and Seasons On the Run.

The artwork was designed by Meghan Spurlock, who also created the art for Tiger Balm.